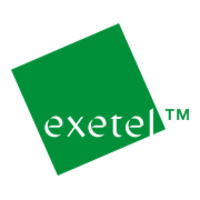 The business has been operating as an ISP for ten years providing a full range of discount telecommunication services to residential and corporate customers alike.

Founded by John Linton and operated by the Linton Family, Exetel aims to be different from other telco companies.

Exetel began its corporate existence as a technology consulting company in the early 1990s and continued to provide a wide range of technical and management consulting services until December 2003 when it became a service provider of data and telephone communications services.

Exetel connected its first customer to its ADSL1 services in mid February 2004 and quickly built an ADSL1 customer base throughout NSW due to its low prices and generous download plans. By February 2005 Exetel had extended its customer coverage to all Australian mainland States.

The company is headquartered in North Sydney and has operations and customer support centres in Colombo, Sri Lanka.

Today, the business is led by CEO Richard Purdy.